Over the last decade, retro-inspired cars have become increasingly popular, and almost every major manufacturer currently offers a vehicle based on their brand’s legacy archives. While models like the Ford GT, Alpine A110, and MINI Cooper have done an outstanding job of giving an existing ride a streamlined look, other brands have failed to capture the look and spirit of their older models. An obvious example of this is the latest generation Toyota Supra.

In an effort to create a design that stays more faithful to the Supra‘s predecessors, talented concept artist Luis González of Hakosan Design chose to create his own interpretation of a remastered Supra.

As the starting point for the project, instead of using the more popular fourth generation, Hakosan chose the A70 Supra, the third generation model produced from ’86 to ’93. Built around a reinforced and improved chassis, this neo-retro-styled A70 has been given an all-new body package that includes extended fenders, a rear diffuser, side skirts, a low-profile rear wing, and a completely redesigned front end. Applying a special wheelset for Supra along with the full LED headlight inspired by Cyberpunk, the artist has succeeded in making the donor modernizing touches without changing any of its distinctive visual features.

Hakosan Design has also added a number of design inspirations from modern electric cars to the A70 Supra. We can count details such as a roof-mounted mini spoiler, four-unit LED fog lights, Brembo brakes with red calipers and a special Supra brand LED taillight. In addition to the central dual-exhaust setup, the Supra‘s stance has also been slightly reworked and its overall side profile corrected. We can definitely say that it has a distinctly more elegant line.

All in all, we see that Hakosan Design has done an outstanding job of fully modernizing the A70. We hope several manufacturers will be impressed by this work by Hakosan, as we would like to see a retro-inspired production model with a similar design approach.

If you want to see other works of Hakosan Design, click here. 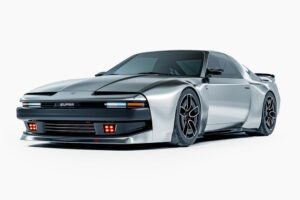 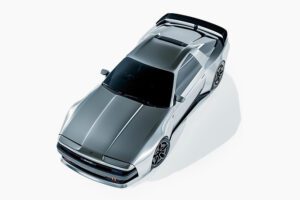 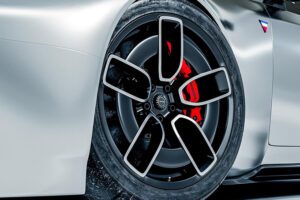 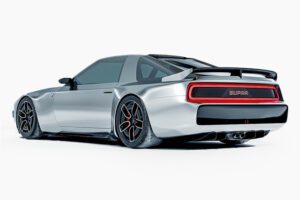