Based in New Taipei City, Taiwan, Graft is a company that is developing an entirely new electric vehicle specializing in the off-road sports market. Founded by American-born engineer and gearhead Azizi Tucker, this new Taiwanese firm has just unveiled its first line of vehicles. Alongside an electron and proton-powered ATV and UTV, the company also unveiled its ultra-light and high-performance electric motorcycle called the Graft EO.12.

Weighing in at just 110lbs (50kg), the EO.12 is a minimalist all-terrain vehicle built around a precision machined chassis from aluminum molds. Fully hand-assembled by a small team of specialists, the EO.12 features a host of high-end components, including a three-way adjustable FOX Racing suspension, disc brakes, and carbon fiber 21-inch spoke wheels (we wouldn’t be surprised to see the more mud-focused 18-inch rear wheel in the last production model).

Powered by a high-torque direct-drive powertrain with numerous 3D-printed TiAl6V4 titanium drivetrain components, this first electric bike from Graft comes close to the latest model Porsche 911 with 20kW (26.8 hp) and 324.5ft-lbs (440Nm) of instant torque. In addition to its IP67 certification (protects against dust and immersion in water for less than 30 minutes), the EO.12’s battery packs are interchangeable between different Graft vehicles. Moreover, a circular digital touchscreen now sits where a fuel cap is typically found on a conventional dirt bike.

Pricing, market availability, and final specifications for the EO.12 or any of Graft‘s other upcoming electric vehicles have yet to be announced. Still, the bike may be available for purchase in the near future, according to the company’s website. 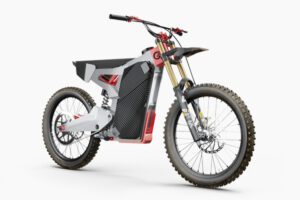 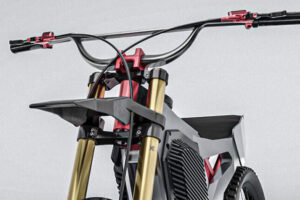 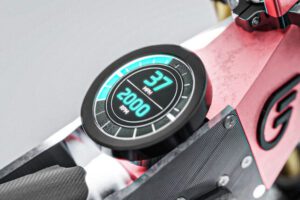 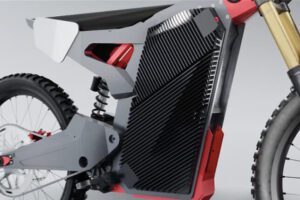