Electric conversions of classic cars have become increasingly popular over the past few years. A new automotive company in the UK seems to have taken this trend to the next level by launching their all-electric 1960s Ford Mustang dubbed “Electric Mustang”. Headquartered out of London, Charge is a new player in the field but has a wealth of experience with the firm’s engineers who have previously worked on everything from McLaren to Range Rover to F1 cars.

This production of Charge is based on the 1967 Ford Mustang Fastback, but the electric version shares very few parts with the original. Specially hand-built in London, this EV uses an officially licensed body and keeps the iconic lines and silhouette of the ’67 Fastback, while modernizing its design, giving the car a much more modern feel. The company clearly states that the Electric Mustang is much more than a restored, electric classic car, but rather a brand new, completely redeveloped, and redesigned luxury vehicle.

Equipped with a seriously impressive electric powertrain alongside cutting-edge components and a special digital interface, the Electric Mustang can produce 400kW (536hp) of power and an even more impressive 1500Nm of instant torque. This configuration also allows a 0-60mph acceleration time of 3.9 seconds. The interior of the vehicle has also been completely overhauled, paired with a 64kWh battery pack that provides a range of 200 miles (320km) on a single charge. The level of craftsmanship and attention to detail that can compete with distinguished brands such as Singer is truly dazzling.

Based on the 1967 Ford Mustang Fastback, this “Electric Mustang” is available for a starting price tag of £350,000 (~$458,800), which Charge says will only be produced in 499 units. Each unit will also be unique as customers are offered a range of bespoke options for both the interior and exterior of the car. Click here if you want more information. 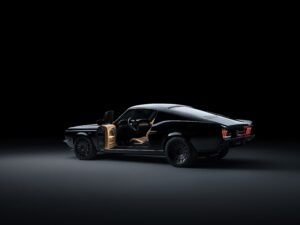 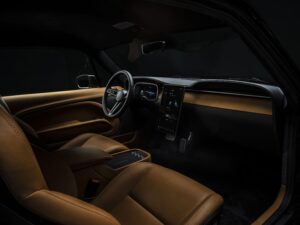 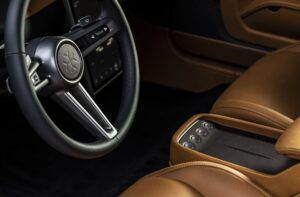 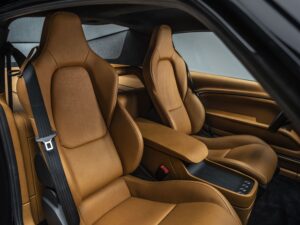 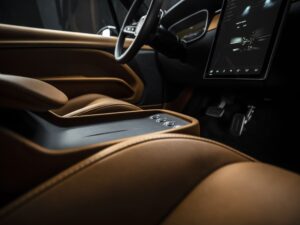 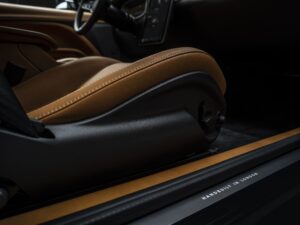 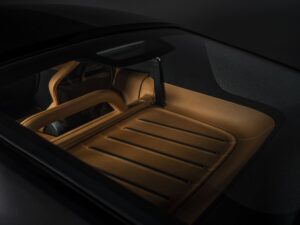 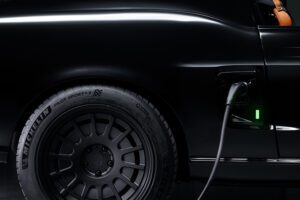 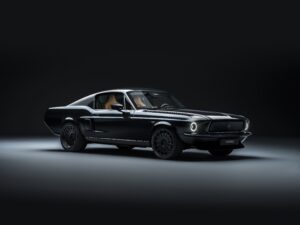 Unveiling the '67 by #ChargeCars
94
SHARES
ShareTweetPin