In the fall of 2019, Porsche launched its first electric vehicle with the Taycan. Let’s take a look at the new electric Taycan Sport Turismo together.

The new range is noticeably larger, with a luggage compartment with 446 liters of storage space as well as 84 liters of additional space in the trunk. When the rear seats are folded down, the trunk volume of the turbocharged Taycan Sport Turismo reaches more than 1200 liters. The battery of Taycan Sport Turismo, which has a range of around 305 miles (490 km), can be charged to 80% (from 5%) in less than 23 minutes. What’s more, you can get 98km of range to the model with just a five-minute charge. Other notable features of the series include; Sunshine Control (electronic glare protection system), a new panoramic roof, BOSE Surround Sound System, and optional remote parking assistance.

Exact specs and pricing for the Taycan Sport Turismo lineup have yet to be announced, but Porsche has announced that the GTS specification will be released in February 2022, with the rest of the series rolling out to dealers the following month. Click here if you want more information about the Porsche Taycan Sport Turismo. 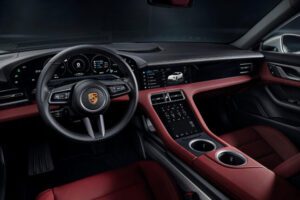 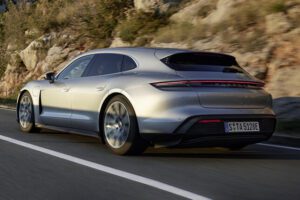 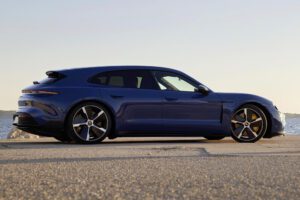 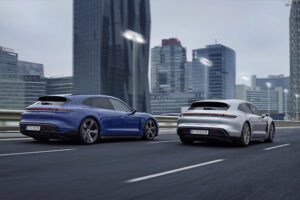 Join Porsche drivers Keanu Reeves and Alex Winter as they cruise the California coast in an all-electric Porsche Taycan.

Destination: The Porsche Experience Center in Los Angeles.
Their goal: To see how hard they can drive on a single charge.

Sit down, fasten your seat belts and enjoy the ride.