Since entering service in 1962, the CH-47 Chinook helicopter has become an iconic aircraft around the world. British company Tecniq has created a special Chinook-inspired Land Rover Defender, whose proceeds will be donated to the British Royal Air Force Corps, to be auctioned off at the September 2022 event of the Goodwood Festival. Named the Q40, this Defender is now powered by a 2.3-liter Ford Ecoboost inline-four that produces 307 horsepower and is backed by a six-speed automatic transmission.

On the outside, we can see that there is a carbon fiber grille, wheel arches, and fender vents, as well as glossy and matte green paint inspired by Chinook‘s camouflage. The suspension has been improved with active dampers, upgraded rollbars, and new springs. The front and rear carbon fiber racing seats are covered in hand-stitched Bridge of Wier sheepskin with a black and white contrast.
The bright red nylon mesh in the Tecniq Q40 Land Rover Defender interior is inspired by the cargo mesh on the Chinook. You can check out the images below to take a look at many more mods. Click here for detailed information. 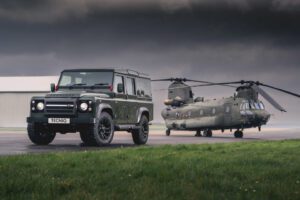 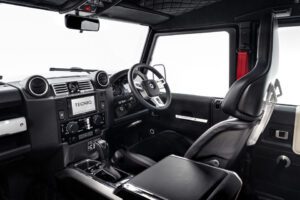 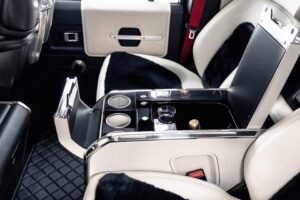 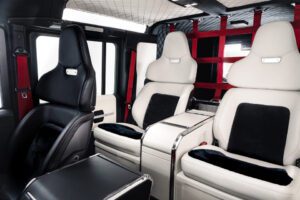 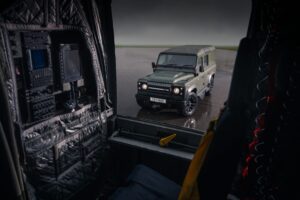 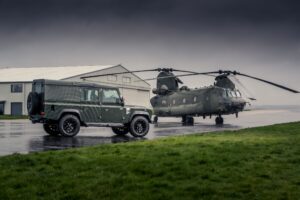