Motorsport competition has always been at the heart of Audi‘s DNA. Despite being currently the second most successful brand in Le Mans with more than a dozen wins, Audi recently announced it will be pulling the plug on the LMDh program. While this announcement came as a big surprise at first, the German firm has announced that it will now focus its racing efforts on world-class automotive motorsport and prepare itself for Formula 1 in the 2026 season.

While Audi has been very secretive about specs and details as the car is still in the early stages of development, the company has released pictures of its upcoming F1 car. Shown in Audi‘s signature red and black “Launch Livery”, this prototype race car is built around the latest generation Formula 1 design language. That’s why it includes a halo device and a cutting-edge aero kit with multi-plane front and rear wings. In addition, we can see that a series of Audi-signed aero disc wheel covers are preferred in the vehicle.

Developed at the Audi Sport facility in Neuburg, this F1 racer will be powered by an all-new hybrid powertrain featuring an insanely powerful turbocharged 1.6-liter gas engine paired with a 400 kW (544 hp) electric motor.

Audi stated that the F1 car they are developing will use a more advanced and more sustainable racing fuel compared to the fuel that powers existing Formula 1 cars, but did not disclose details. All these developments mark the first time an F1 powertrain will be produced in Germany after more than 10 years.

The company, which will be on the F1 grid for the inaugural season in 2026, stated that it will announce which team it will cooperate with by the end of 2022. By this time, we expect more details to emerge regarding the all-new Audi F1 car. Click here for more detailed information. 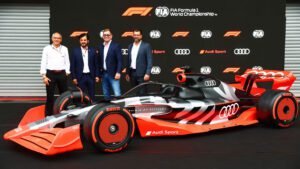 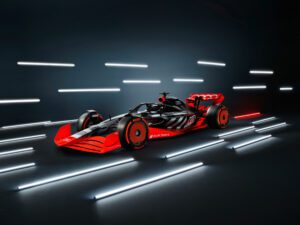 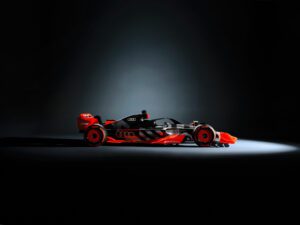 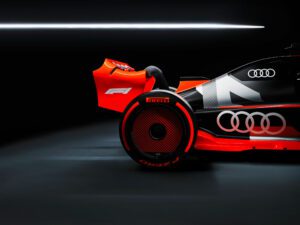 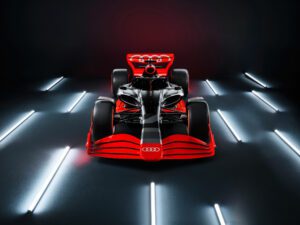 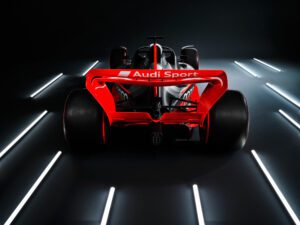 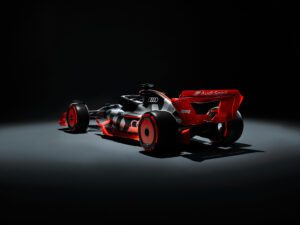 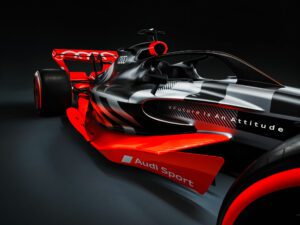