Only five movies have made $2 billion at the global box office so far. The absurd success of these films resulted in fast-paced sequels aimed at replicating their performances. However, there have been a few exceptions written and directed by James Cameron. While 1997’s mega-hit Titanic didn’t warrant a sequel to the ship’s story, Avatar, the blockbuster from 2009, certainly did. Adventure in Pandora may seem like an epic in itself, but in other respects, it also opened up a vast world of CGI and motion capture mastery that millions of moviegoers can’t wait to return to. After more than ten years of waiting, the first trailer for Avatar: The Way of Water is finally out.

The last time we left Pandora, a human, Jake Sully (Sam Worthington), had permanently transferred his mind to the Na’vi avatar on Pandora after falling in love with Neytiri (Zoe Saldana), heir to the Omaticaya tribe. Judging by this short trailer, it’s hard to say exactly what the story will entail in the upcoming movie, but 20th Century Studios has stated that it will take place ten years after the events of the first movie and will follow Sully and the Neytiri family.

The first Avatar gained immense popularity over the past 13 years and held the all-time worldwide box office record until it lost its title to Avengers: Endgame. Talk of Cameron‘s sequel continued long before its first release in 2009. However, underwater motion capture technology still had to be developed. Of course, compiling a masterpiece was no easy task for Cameron, who said he had to wait more than a decade for filmmaking technology to catch up with the original idea that the 1994 first film had.

After a total of eight delays (so far), Avatar: The Way of Water release is finally set for December 16, 2022, with all three sequels expected to be released every two years. Click here if you want more information. 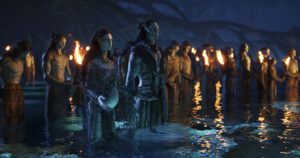 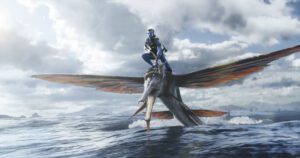 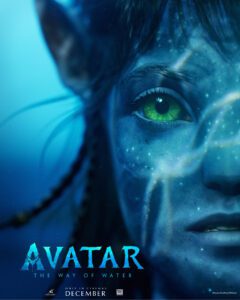