Since its launch in 2005, Land Rover‘s Range Rover Sport has been a great option, taking a sportier approach to the brand’s flagship model. With the second generation in 2013 came a new hybrid engine that took the SUV’s notoriety to a new level. Gen-2 Sports ended with last year’s 2022 model, but Land Rover now has something brand new in its hands.

Introducing the third generation of the Range Rover Sport lineup, Land Rover has equipped the 2023 model with a taut exterior with a longer wheelbase and a new reductionist design language with a seamless taillight graphic at the rear. The interior of the vehicle reflects a modernist approach, with cockpit-like cabin seats and a large instrument cluster with a high-resolution 13-inch touchscreen in the center. It is stated that these new Range Rover Sport models will be offered in a total of four trim levels, including the semi-hybrid SE and SE Dynamic, the plug-in hybrid Autobiography, and the fossil fuel-powered First Edition.

The performance of the First Edition, which produces 532hp with its V8 twin-turbo 4.4L engine, is truly remarkable. Mild hybrid options come with 355hp or 395hp of power and 0 to 100 acceleration in under 6 seconds. Coming to the Plug-in Autobiography, we see that it offers a range of 77 km on electric only and total power of 434hp.

All of this will come with the exciting announcement of an all-electric version of the SUV that will hit the market next year. You can configure your 2023 Range Rover Sport model now on the Land Rover website, with options starting at $83,000. 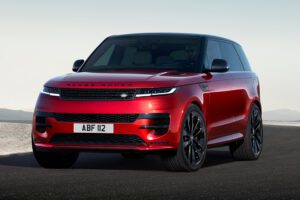 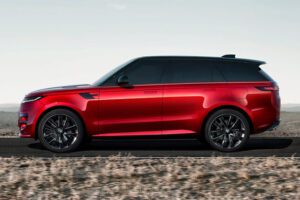 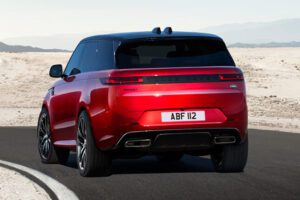 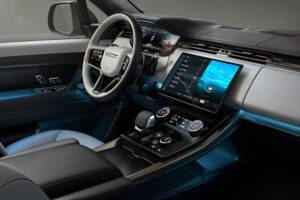